We're exploring a number of "Headless" combinations at Fission. The first one is with the Ghost Content Management System (CMS). We use Ghost to run this blog and want to start using it to integrate with and power our home page, so it's a great place for us to start.

The basic pattern of "Headless" is that your authors and editors login to a server based system with all the authoring and editing tools they are used to, but then the "head" – the usual template system and user facing website – isn't used. Instead, a modern front end framework is custom designed and built to take the published content of the CMS and host it. This fits great with the Fission app publishing platform.

After we've got the basics of a headless publishing workflow setup with Fission, we'll move on to using our Webnative framework to add personalization at the edge, but that will come in later posts.

Aside from Ghost, we're also looking at Headless WordPress and Headless Drupal. Let us know in the forum if you've got other Headless projects that you'd like to combine with Fission!

Build a Next.js Blog powered by Headless Ghost and Fission

Follow the tutorial below to get started with your own Headless Ghost, or visit it on Github for the README version.

You want to have a modern static website/app built with React, deployed to a CDN (even a distributed one), and loading super fast for visitors and search engines.

You want to avoid the headaches and costs of managing and securing servers for traditional content management systems (CMSs) like Ghost and WordPress.

That's what static site generators (like Next.js, Gatsby, and others) are for, right?

But, you don't want to have to retrain every writer and content creator on your team to use Markdown and Git. Ghost and WordPress are familiar, pretty, and usable. They have been iterated over years to be approachable by almost anyone.

What do you do? That's right you cut the CMS' head off 🔪

More politely, you decouple the interface used for authoring content from the systems used for rendering and distributing it.

With CMS and website decoupled, you can protect the CMS inside an intranet without exposing it to outside danger, or even use it as a desktop word processor running only on your machine, as I'll show you in this tutorial.

To make things easier we've made a template Next.js website that connects to Ghost and pulls content from it. Follow along and try it out. Feedback welcome :)

This starter template is based on the official blog-starter-typescript from Next.js.

We changed it only enough to make it possible to fetch and publish blog posts from the Ghost CMS, while keeping the ability to write Markdown files in the git repo. It's a purely additive change.

There's also a GitHub Action to build and publish the static website to Fission. It works automatically on pushes to the git repo, and can be triggered manually after updating the content on Ghost. (The default Ghost webhook isn't customizable to trigger a GitHub Action, but that can be added as a plugin.)

The Markdown blog posts are stored in /_posts as files with frontmatter support. Adding a new Markdown file in there will create a new blog post.

Let's start by making this starter yours:

All command-line instructions and directory paths from now on assume the current directory is the root of the cloned repo.

Running a local Ghost instance is good for testing. But also, if you have no need for a Ghost instance running all the time out on the internet (for example, if you are the only author) you can do this for your production website, using Ghost locally for its nice interface if you prefer that to editing Markdown files. No servers to secure, no bills to pay.

If you have a Ghost instance running already somewhere, move on to the next step. If you don't, you can set one up on your own machine with Docker.

To create a local Ghost instance with Docker, run the following at the root of your repo:

Ghost data will be stored at ./ghost, which is in .gitignore by default. In a private repo you can choose to commit that too and have your Ghost content versioned and available whenever you need it.

After Docker downloads and sets up Ghost, it will be accessible on your browser at http://localhost:3001.

Next you need to create an admin account on your newly-created Ghost. To do that, visit the admin interface at http://localhost:3001/ghost and follow the wizard.

I'll use http://localhost:3001 for the examples, but you can replace that with your Ghost URL if you have an instance already running somewhere else.

⚠️ This file is ignored by git by default. Don't commit env.local to git unless you know what you're doing.

Next.js is the missing static website head to our headless Ghost. Let's stitch them together! This should be enough:

Your blog should be up and running at http://localhost:3000! (If anything unexpected happens, please post an issue.)

Now you can change the Next.js website code and the content on Ghost, and iterate quickly on them in the browser.

Note: live-reload works for Next.js code and Markdown files; to see changes to Ghost content you need to refresh the page.

When you're ready to publish, the first step is exporting your website to a set of static files:

That should create a directory at ./out with all your ready-to-publish files.

Next we use the Fission CLI to send that out onto the internets.

For more ways of installing the Fission CLI, please check the documentation.

If you don't have a Fission account, you can create one without leaving the command-line by running:

You can pick a subdomain or let Fission choose a random one for you.

To host the Next.js website at a random subdomain on .fission.app, run:

To choose your own subdomain, use the --name option like this:

That will create a fission.yaml file. This one is safe to commit to git, and you should do that if you want to use the GitHub Action to build and deploy the website for you. Make sure there is a line saying build: ./out in it. That's the directory where Next.js puts the exported website files.

And you're done! Your website should be up at a random URL returned to you by the Fission CLI or at my-beautiful-subdomain.fission.app if you used the --name option. Yay!

🤖  (Semi-)Automatic Deployment with the GitHub Action

If you don't want to run the build locally and deploy to Fission every time you make a change to the Next.js code or Markdown files (who does?), this starter comes with a GitHub Action that automates that for you.

To get it working you need to set up 3 secrets for your repo. To do that, go to the "Settings" > "Secrets" screen on your GitHub repo, then create a "New repository secret" for each of these:

The values for the GHOST_API_ fields are the same ones you used for the .env.local file above.

The FISSION_KEY was created and stored locally for you by the Fission CLI when you set it up. Here's how you get it:

With all 3 secrets set up, you can trigger the deploy action manually by clicking on "Run workflow" > "Run workflow", or see it in action after your next git push.

⚠️  To fetch the content from Ghost, the GitHub Action must be able to access the URL entered in the GHOST_API_URL secret.

If you are running a local Ghost instance on your machine, http://localhost:3001 won't be visible to the outside.

A simple way of exposing your local Ghost instance to a publicly-accessible URL is by using one of the open source alternatives to ngrok or ngrok itself.

⚠️  This is great for testing, but not secure. Look into using https if you're going to rely on this and don't want your Ghost API key and data to leak.

Glad you asked. The GitHub Action can detect when you push to the GitHub repo because there's a built-in "on push" event that can be used to trigger it.

But when you create a new post on Ghost or update an existing one, GitHub needs a way of finding out about it so it can run the deploy action. There's no git push event happening, so the trigger is usually a webhook (i.e. a POST request you send to a GitHub API URL.)

🙃  Unluckily, though, Ghost doesn't let you customize the payload that goes in the webhook requests it sends, and GitHub requires a certain field to be present telling it which ref (usually a branch) you are referring to.

Bottom line: after changing things on Ghost, you need to trigger a build manually.

Here's how you can get an auth token.

This situation is definitely not ideal, and can be solved with Ghost plugins, but we wanted to stick to the basic install.

Please give a  ⭐️  if you liked this project! We appreciate it :)

CEO & Co-founder of Fission, Boris Mann, is interviewed by Reza Varzidehkar as part of the Startup Vancouver Episode 44. Boris covers some of the vision and mission behind what Fission is building. 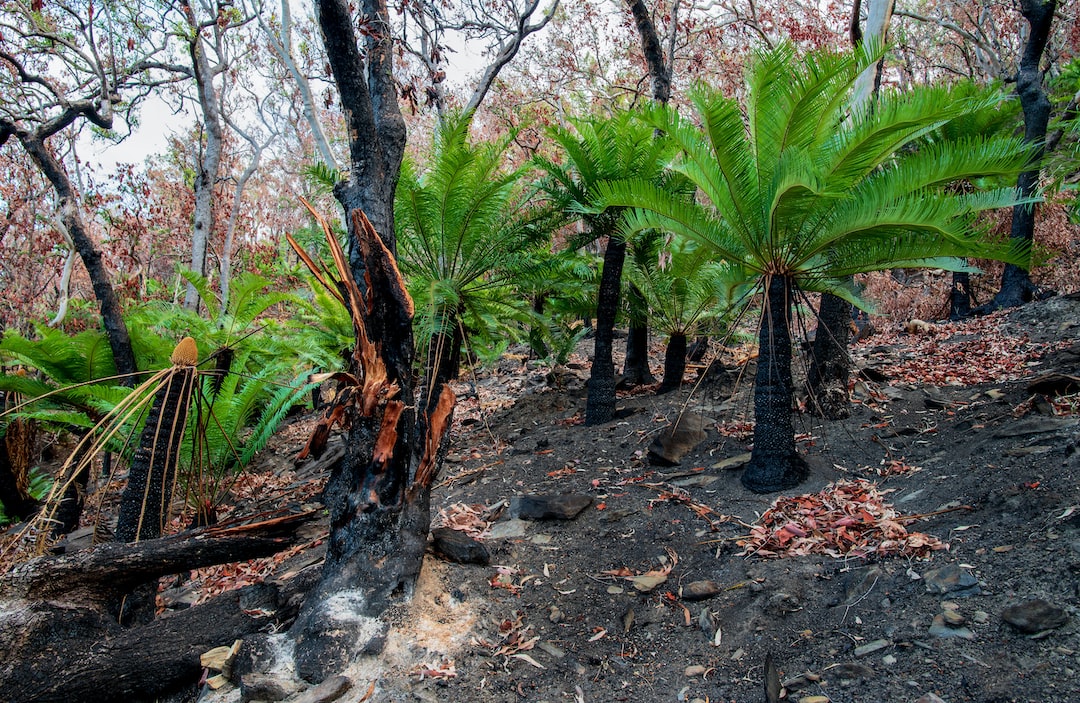