After a long absence from the Drupal community, I've been accepted as a speaker at DrupalCon Minneapolis. I'll be presenting about Drupal and the Decentralized Web, and some of the changes that have happened from the past to the present on a number of topics, including open source licenses, a shift in architectures and hosting, the rise of the advertising supported web, and what a more peer-to-peer future holds.

Back in 2003, I joined drupal.org, posted about wrapping recipe.module with CSS classes, and the rest is history.

I went on to host Dries in Vancouver in 2004, along with the first printed Drupal t-shirts, a beer tower, and the folks from DeanSpace / CivicSpace (working on the Democratic primaries) flew up to join us.

Allow me some brief nostalgia…

I founded Bryght, one of the first commercial companies focused on Drupal, helped organize many more DrupalCons and DrupalCamps, and helped found the Drupal Association.

We were in the thick of Web 1.0 transitioning to Web 2.0, and the early days of identity standards and communication between websites. That post I made about the recipe.module is actually tied to a Blogger.com account, which at the time you could use to login to drupal.org.

Open source licenses and the details of GPL were hotly contested, and we faced a lot of FUD from Microsoft and others. A global community using mailing lists and IRC was forming, and we didn't know what we were doing was new and different, but that we had come for the code and were staying for the community.

Now, I see Web3 emerging – although the blog post where I attempt to define what that means to me still isn't finished yet!

New open source licenses are emerging (Dries on Makers and Takers), business models beyond the advertising supported web are being sought for.

Advances in computer science theory have given us new tools for distributed systems and cryptography, leading to both better privacy and programmable Internet money.

Dries' post on low-code and no code tools shows more changes that I think fit into this theme:

When everyone is a builder, more good things will happen on the web. I was excited about this trend more than 12 years ago, and remain excited today. I'm eager to see the progress no-code and low-code solutions will bring to the web in the next decade.

The Drupal community has long been eager to experiment with new technology and standards. How will Drupal's traditional LAMP stack architecture fit with serverless and decentralized approaches? What new standards and protocols make sense to integrate and expand on?

What new experiences do they enable that offer benefits for everyone from site builders to Drupal end users?

Please join me in Minneapolis for my presentation Drupal and the Decentralized Web. Check out the full list of speakers and accepted sessions.

I'd love to catch up with many of you that I haven't seen for years, and to meet many new members of the Drupal community.

Want to find out more about what we're up to with Fission? You can read the latest newsletter in our forum, or drop into our Discord chat to come say "hi" (plus I'm in the Drupal Slack, too). 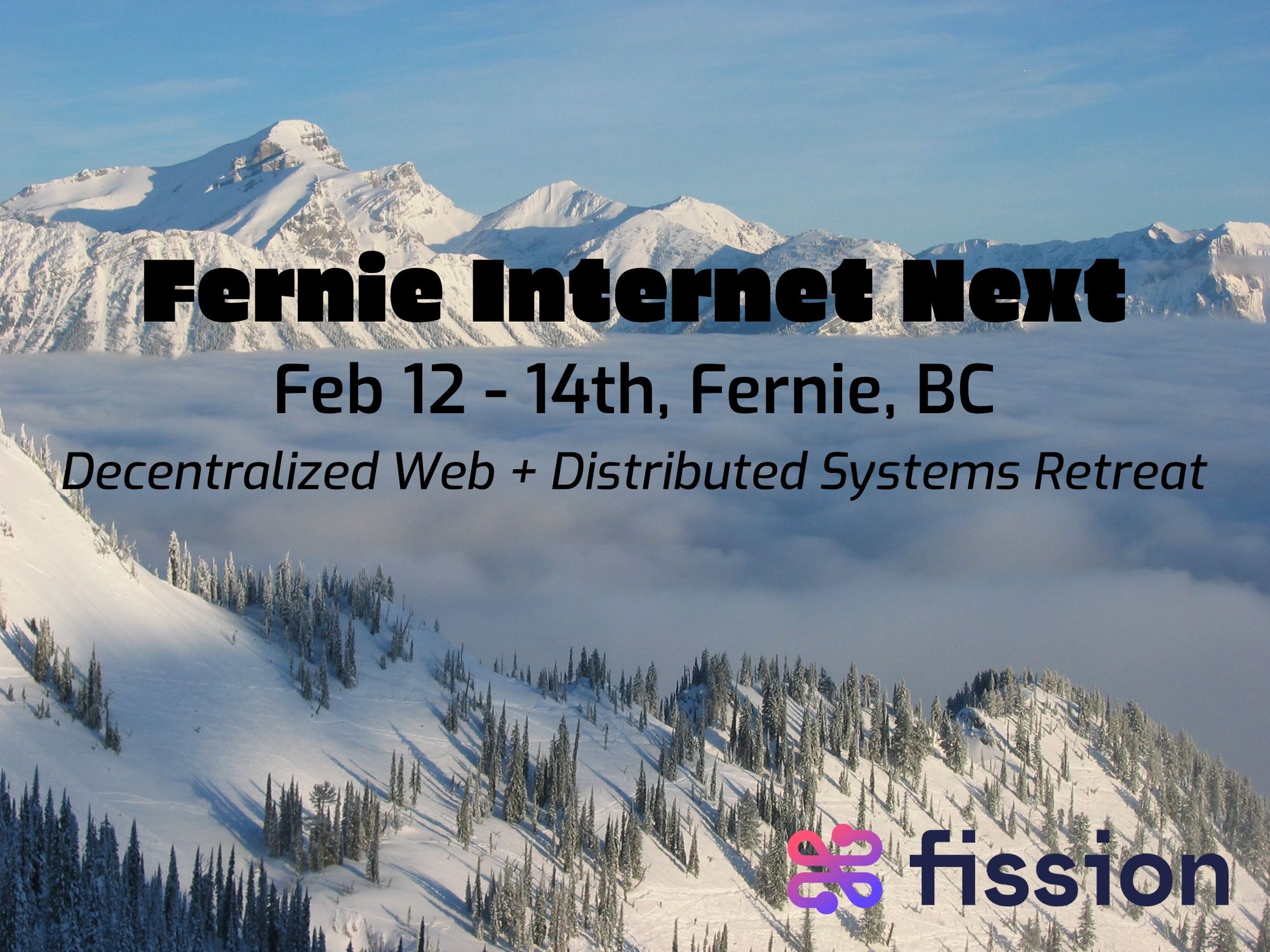 The Fission team held their quarterly retreat in Fernie BC, as well as a remote presentation series on decentralized web tech called Fernie Internet Next. 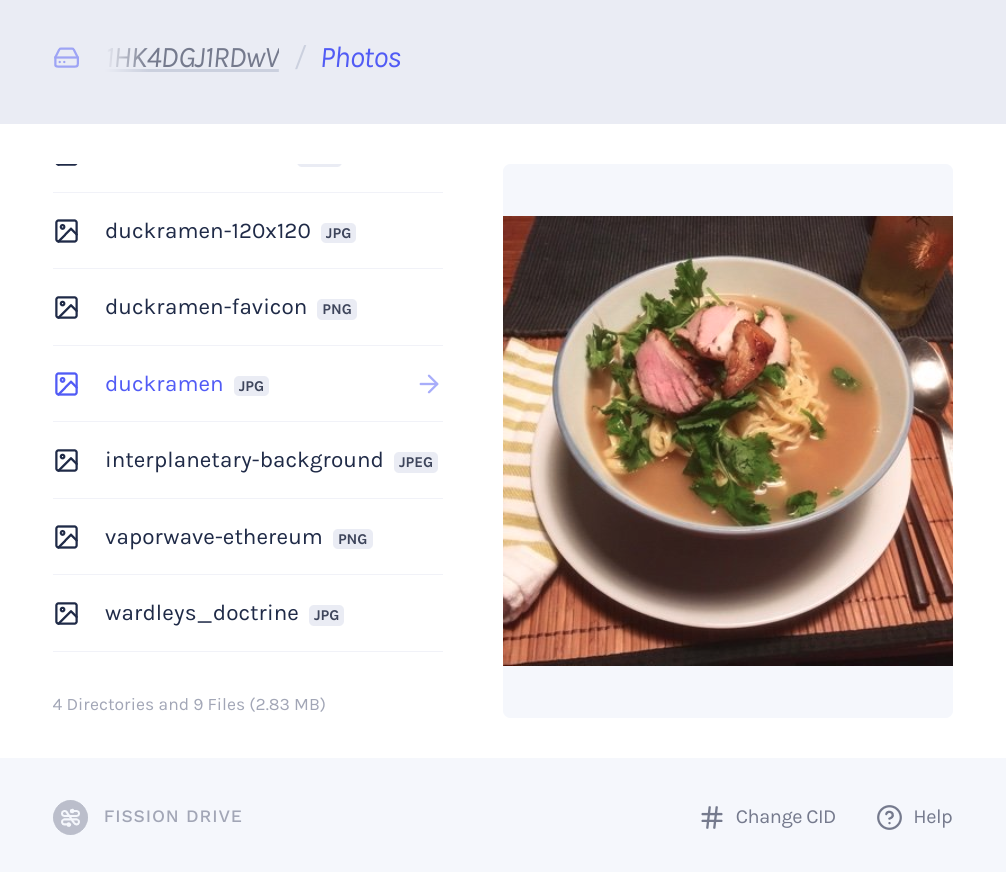 We're pleased to present the Preview release of Fission Drive, the web native file system browser that we're including as a base component of the Fission stack.

Fission
—
Back to the Future (of Drupal)
Share this